We have 11 of the best card games for kids for you to check out. Among these options, we’re sure that you can find at least one that’s ideal for your kids.

This is a fun card game that kids love. If they like lasers, explosions, and exploding kittens, it might be a good game for them.

This is a Russian roulette-style card game. It’s all about making sure that you don’t draw the exploding kitten cards.

It’s a straightforward yet fun and fast-paced game ideal for children of all ages. There is also an adult version of this game with adult content included. It’s racy, fun, and makes for a great adult game night.

If your kids like card games and dodgeball, this is a fantastic one for them to try. What’s remarkable about this card game is that it is exceedingly simple yet also a lot of fun. Kids absolutely love playing it, but so do adults, especially after a couple of drinks.

This card game is all about matching pairs. You have to draw cards and create matching pairs. However, players also have two soft foam burritos. Players must throw the burritos at each other, and the other player has to dodge.

No worries, because the foam burritos are soft enough to be totally safe. Although, you may want to remove fragile or valuable items from the room while the game is being played.

Most people love it because it involves a card game while also being physical. You’ll be ducking and dodging the whole time. 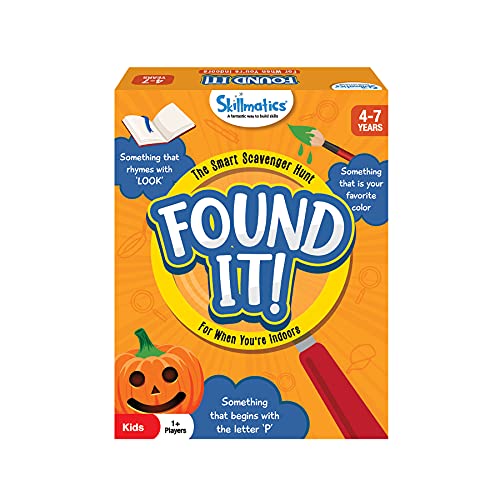 If your kids love scavenger hunts, this is a card game for them. Moreover, it’s also an excellent way to keep your kids moving instead of having them sit down the whole time.

This is an exceedingly simple card game. It comes with 50 different cards, with each card containing a slightly different scavenger hunt. Your children must then go find these items within your home.

You can keep things simple and just have a typical scavenger hunt, or you can make it a competition between kids. It’s a good game as it can teach kids about random household objects.

It can also help teach kids about color recognition and mixing, measurements and opposites, phonological awareness, and more. 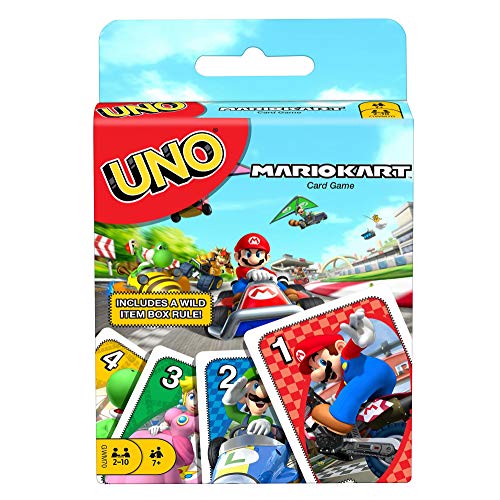 Mario Kart is a fan-favorite video game among kids and adults. Moreover, the same thing can be said about the Uno card game. So, why not combine the two?

This game is similar to the standard Uno version. However, it also includes the crazy go-kart racing world that is Mario Kart. All cards contain various figures from Mario Kart. Moreover, all the special cards are related to Mario Kart.

Each game also comes with an exclusive wild card found in this collector’s pack. It’s an entertaining, simple, and portable game ideal for people of all ages. On a side note, 10 people can play simultaneously, making it ideal for large groups. 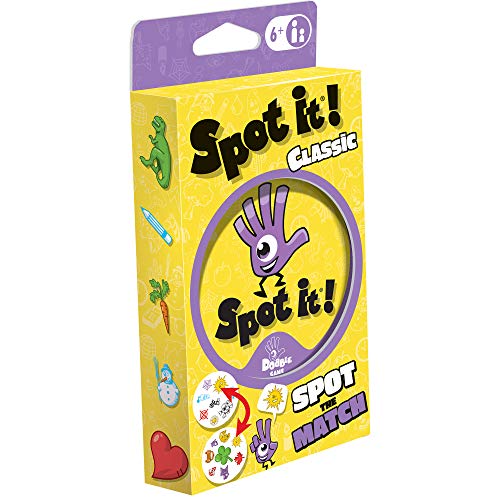 Here we have a card game that is all about matching symbols. All cards feature certain symbols. Moreover, each card has one symbol that matches the symbol on another card.

Who said a game cannot be both fun and educational? Also, this game has many versions, including classic, fishing, animals, camping, and beach. 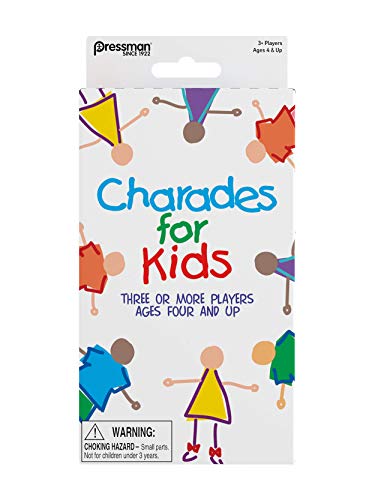 Charades is a classic party game, but this is a special version of charades designed for children that is pretty easy. One benefit is that it is designed for kids who cannot yet read.

All the charade cards have visual clues to help a child who cannot read. This is ideal because kids who can’t read can still play while teaching them to read.

Each card has three different charades. The player must roll the dice to see which of the three charades they must perform. There is also a timer and a time limit.

It’s like the standard version of charades but designed for children. In fact, I think that this is one of the best card games for younger children.

If your child likes playing 20 questions,  this is a game for them. But, of course, as you can probably tell by the name, it’s 10 questions instead of 20, which increases the difficulty due to the fewer questions that can be asked.

The Animal Planet version features cards with various animals on them. A player gets a card, and the other players must ask questions. Players have 10 questions to determine the animal on the card.

There are many versions of this game besides the Animal Planet version. Others include around the town, dinosaurs, foods, professions, landmarks, underwater animals, and sports. 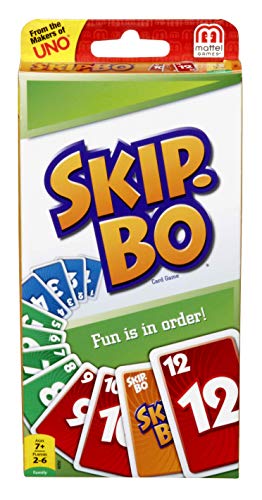 If you want to teach your children numbers and colors, this is a great game to play. It looks similar to Uno, although it is different. The aim is to create a sequence of numbers.

Moreover, this sequence must be in ascending order, and the colors must also match. Finally, the cards come in a variety of colors. Therefore, it’s a great way to teach your kids about numbers, sequences, and colors.

Each player gets a personal stockpile of cards initially, and the first person to get rid of all their cards wins.

It is an exceedingly simple game, yet also educational and relatively fast-paced. It’s a game that adults won’t mind playing, as well. 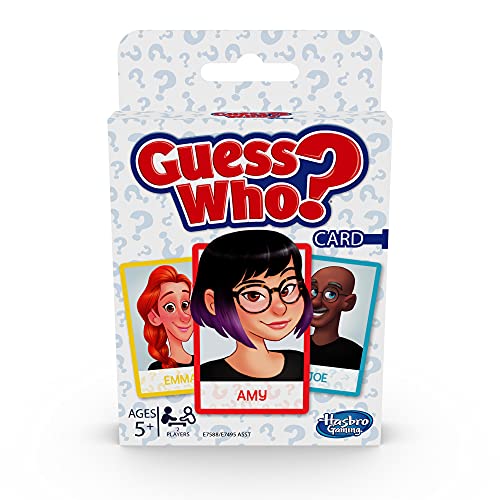 This is another card-guessing game for kids based on the older version of the Guess Who game. It’s the same great fun as the original but a bit more portable.

Players get a variety of cards with random people on them. They must lay out the cards in front of them. They also draw one mystery card from the deck, their character.

Then, through a series of yes and no questions, the players must determine who is on the card that the opponent has. The winner is the first player to correctly guess which character card the other has. 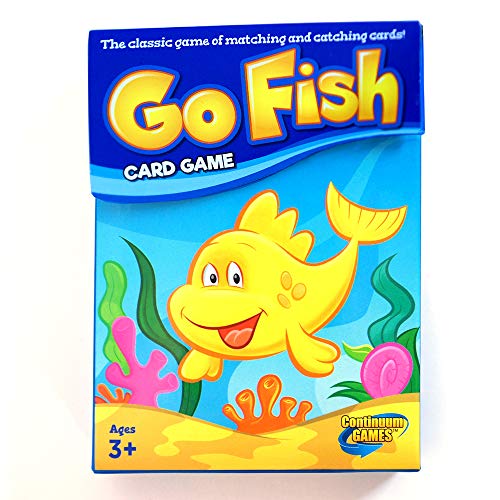 One game here that will bring back childhood memories is Go Fish. Of course, Go Fish can be played using standard playing cards. However, this is an official Go Fish game that is fun for children of all ages, particularly the younger ones.

The cards contain pictures of fish and are more colorful in general. The game itself is no different than how you played it as a child. Players get a certain number of cards. They then ask their opponents for a particular card; the aim is to create pairs.

Once a pair is made, those cards can be laid down. If the opponent does not have the card you asked for, you must draw a card, or in other words, Go Fish. 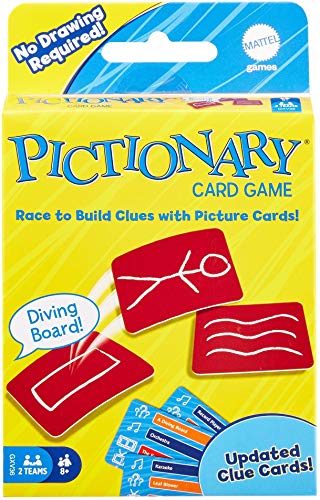 This is a child-friendly and simplified version of Pictionary. There is no drawing involved, which makes this version child friendly.

Players get a variety of action cards and must then act out these action cards, just as in charades.

The other players have access to various cards that describe this action. Based on the actions that one child acts out, the other children must then choose the correct corresponding action card.

In other words, this is kind of like a mixture between Pictionary and charades. It can be great fun, especially for slightly older children.

Before you shop for kids’ card games, consider a few factors. These factors will help you choose a suitable card game for your child.

Pay attention to the age range the card game is rated for. If the game is too difficult for your child, they simply won’t understand it and won’t have much fun playing it. Card games need to be age-appropriate. A game designed for a 3-year-old will not be fun for a 10-year-old.

You also want to pay attention to how many players can play the game. As you can see, some card games are ideal for just two players, some for up to 10.

Next, how long does it take for an average game? Younger kids don’t have huge attention spans, so you should look for games that won’t last more than about 20 minutes. Of course, older kids can handle games that last longer.

The Type of Card Game

Finally, pay attention to the type of card game it is. Some are about making number sequences, some about getting rid of cards, some about matching cards – find something that will interest your child but won’t be too difficult for them to comprehend.

I think the best card game for kids on the list today is Uno Mario Kart. So what’s better than combining Uno with the fun and adventure of Mario Kart?

Dr. Jennifer Marie lives with her two children and furbaby, Tickles. When she's not making teeth sparkle as a dentist, she can be found dancing flamenco, baking for Lasagna Love, or playing scrabble with her family. Occasionally, she can be found with her nose in a book, or maybe even two. Lately, she's been reading about financial literacy, child psychology, and personal development.

0 shares
Special offer for our visitors

Why Won’t My Kids Listen? Get your FREE Checklist with Proven Solutions

We will never send you spam. By signing up for this you agree with our privacy policy and to receive regular updates via email in regards to industry news and promotions